You are here: Home / Blog / Pearls / Birthstone: Pearls of Wisdom in June

Birthstone: Pearls of Wisdom in June 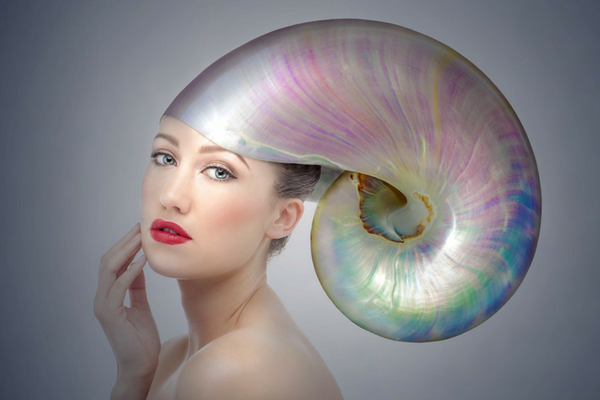 This month the birthstone for anyone celebrating a birthday in June or has the star sign of Gemini or Cancer (21 to 30 June) is pearls. They symbolise purity, calmness, faith and truth. They are believed to bring luck, health and prosperity.

Created by a living organism

Telling someone who is about to purchase a pearl that it is formed by a living organism, may not inspire them. But the facts behind how they are created is fascinating. Pearls are formed when an irritant enters through the lip of a mollusc shell. To protect itself the mollusc expels a layer of nacre to coat the irritant. Layer upon layer of nacre is deposited until a pearl is formed. This process can take from a year and anywhere up to 3 years.

The colours of pearl

The most common colour of a pearl is white. However, they are can be found in all types of colours ranging from natural white, golden, chocolate, pink and lavender. The rarest is the Black Pearl, and no we don’t mean the pirate ship from The Pirates of the Caribbean. Black pearls are formed in a specific type, the Tahitian black-lipped oyster.

The bigger the pearl the more expensive it will be. This is because the size is related to how long it takes to form. Not all pearls are perfectly round, so those that are will also govern a higher price. The texture of the pearl also comes into consideration, those containing high lustre and have a smoother surface will be worth more.

Cultured pearls are developed in the same way except that the irritant, the mother of the pearl, is placed inside the shell by man, rather than nature. The overall process is the same however the nacre can take at least 3 years to be deposited and to form the right size pearl. Cultured pearls that are smaller in size have typically been removed too early.

Precious as a pearl

Pearls are synonymous with the word precious. Just think of how they are formed in nature, the very instinct to want to protect against no matter what and regardless of how long it takes. As people we too want to protect those closest to us, to keep them safe from harm. We may not deposit nacre but instead we cover them with love. People like pearls are precious.

The mystery behind the girl

One of the most famous paintings in the world to feature a pearl is The Girl with a Pearl Earring, painted by Johannes Vermeer. The painting is clothed in mystery. The female subject is seen wearing a blue headscarf and a single pearl earring. The picture inspired Tracy Chevalier to write her famous novel of the same title which later became a film starring Scarlett Johanson. Very little is known about the girl in the painting which only enhances its mystery.

Just spend a few minutes staring at the picture and you’ll find out why, you will soon start to wonder ‘who was she?’

The term Pearls of Wisdom

The saying ‘pearls of wisdom’, is based around how the pearl is formed. When life throws you an irritant, coat it in a protective layer until it becomes a pearl. To be filled with wisdom is the ‘quality of having experience, knowledge and good judgement’. People with wisdom are considered to be wise.

Throughout history famous people have provided words of wisdom. These quotes are used today to provide knowledge, inspiration and hope in the modern world. Here are 5 of our favourites:

Pearls never go out of style. They are pure and elegant, providing the wearer with so much more than just a piece of Jewellery. This June fill your mind with wisdom and celebrate this timeless gemstone by wearing pearls.

See all of our Pearl Jewellery

Are Diamonds Really a Girl’s Best Friend?
Scroll to top

This site uses cookies. By continuing to browse the site, you are agreeing to our use of cookies.

We may request cookies to be set on your device. We use cookies to let us know when you visit our websites, how you interact with us, to enrich your user experience, and to customize your relationship with our website.

Click on the different category headings to find out more. You can also change some of your preferences. Note that blocking some types of cookies may impact your experience on our websites and the services we are able to offer.

These cookies are strictly necessary to provide you with services available through our website and to use some of its features.

Because these cookies are strictly necessary to deliver the website, refuseing them will have impact how our site functions. You always can block or delete cookies by changing your browser settings and force blocking all cookies on this website. But this will always prompt you to accept/refuse cookies when revisiting our site.

We fully respect if you want to refuse cookies but to avoid asking you again and again kindly allow us to store a cookie for that. You are free to opt out any time or opt in for other cookies to get a better experience. If you refuse cookies we will remove all set cookies in our domain.

We provide you with a list of stored cookies on your computer in our domain so you can check what we stored. Due to security reasons we are not able to show or modify cookies from other domains. You can check these in your browser security settings.

These cookies collect information that is used either in aggregate form to help us understand how our website is being used or how effective our marketing campaigns are, or to help us customize our website and application for you in order to enhance your experience.

If you do not want that we track your visist to our site you can disable tracking in your browser here:

We also use different external services like Google Webfonts, Google Maps, and external Video providers. Since these providers may collect personal data like your IP address we allow you to block them here. Please be aware that this might heavily reduce the functionality and appearance of our site. Changes will take effect once you reload the page.