You are here: Home / Blog / Diamonds / Are Diamonds Really a Girl’s Best Friend? 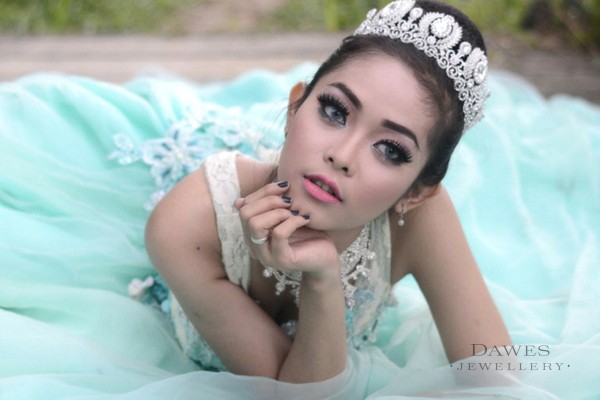 The phrase diamonds are a girl’s best friend is taken from the hit song that appeared in Gentlemen Prefer Blondes. The song first featured in the Broadway stage musical in 1949 and was later produced in 1964 in London. The Hollywood film, starring Marilyn Monroe was made in 1953. Monroe plays the leading character, Lorelei Lee and sang the hit song.

Gentlemen Prefer Blondes began as a diary series which was written for Harper’s Bazaar by Anita Loo’s. She wrote about a flapper girl that went to Paris to enhance her career as an entertainer but became more in love with diamonds then she did of the men that pursued her.

A context of comedy

The famous literary piece was written as a comedy. Loos could be thought of as the original female blogger, rivalled by the modern-day Carrie Bradshaw from Sex & The City. Today the phrase that diamonds are a girl’s best friend leaves us with the false impression that girls or women, love diamonds over everything else.

Living in a material World

In 1984 Madonna recorded the song Material Girl. The song featured on her album Like a Virgin. Material Girl was an imitation or a mimicry of the original Gentleman Prefer Blondes song. Those of us old enough to remember, will picture a young Madonna laying horizontally across the arms of men, whilst draped in diamonds and wearing a pink dress. The song was a huge hit for Madonna and has helped marry the association of diamonds and materialism.

Diamonds are considered to be the most popular gemstone and favoured above emeralds & pearls. Somehow ‘Pearls are a girl’s best friend’ just doesn’t have the same ring to it (pardon the pun). The representation of diamonds has been formed on how history has cemented a diamond with materialism, wealth, greed and fortune. Purely because Hollywood tells us so. This is a misdemeanour, diamonds are in fact a symbol of love.

Diamonds are bright and beautiful but love really does conquer all. Even the films tell us this fact. Should the decision to marry someone be dependent on the size of the diamond presented at the proposal. To some it might, but that says more about the girl then the diamond. If you are in love the decision to shout ‘yes’ shouldn’t depend on the size of the diamond. It should depend purely on how you feel about the person. A diamond, like a person should be cherished forever.

According to a quote by Gina Barreca, don’t look at diamonds as a girl’s best friend, instead see best friends as diamonds.

At Dawes Jewellery we love a bit of Hollywood glamour. But we do believe that Jewellery is more than a statement of wealth, it’s a statement of individuality and personality. With a range of over 1200 handpicked pieces, we have something for everyone. Our pieces are as individual as Marilyn Monroe or Madonna.

See all of our Diamond Jewellery

Birthstone Emerald: Step aside shades of grey, green is the flavour of May Birthstone: Pearls of Wisdom in June

This site uses cookies. By continuing to browse the site, you are agreeing to our use of cookies.

We may request cookies to be set on your device. We use cookies to let us know when you visit our websites, how you interact with us, to enrich your user experience, and to customize your relationship with our website.

Click on the different category headings to find out more. You can also change some of your preferences. Note that blocking some types of cookies may impact your experience on our websites and the services we are able to offer.

These cookies are strictly necessary to provide you with services available through our website and to use some of its features.

Because these cookies are strictly necessary to deliver the website, refuseing them will have impact how our site functions. You always can block or delete cookies by changing your browser settings and force blocking all cookies on this website. But this will always prompt you to accept/refuse cookies when revisiting our site.

We fully respect if you want to refuse cookies but to avoid asking you again and again kindly allow us to store a cookie for that. You are free to opt out any time or opt in for other cookies to get a better experience. If you refuse cookies we will remove all set cookies in our domain.

We provide you with a list of stored cookies on your computer in our domain so you can check what we stored. Due to security reasons we are not able to show or modify cookies from other domains. You can check these in your browser security settings.

These cookies collect information that is used either in aggregate form to help us understand how our website is being used or how effective our marketing campaigns are, or to help us customize our website and application for you in order to enhance your experience.

If you do not want that we track your visist to our site you can disable tracking in your browser here:

We also use different external services like Google Webfonts, Google Maps, and external Video providers. Since these providers may collect personal data like your IP address we allow you to block them here. Please be aware that this might heavily reduce the functionality and appearance of our site. Changes will take effect once you reload the page.